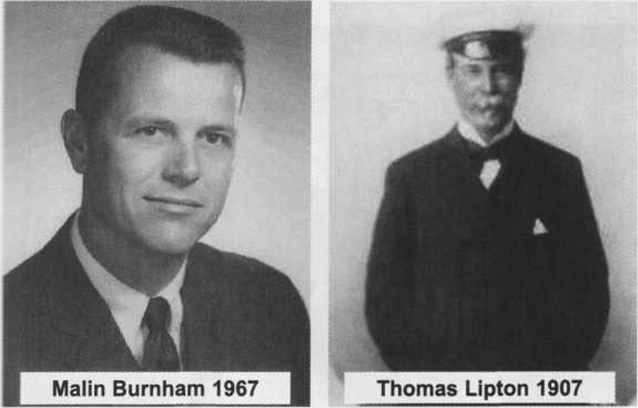 The San Diego Yacht Club, founded in 1886, boasts over 130 years of rich history including winning and hosting the America’s Cup, producing a world-class junior program, and operating under leadership from several prominent Commodores in the San Diego community. Malin Burnham, Commodore of SDYC in 1967, is one of these past leaders that inspires members as much today as he did 50 years ago.

Malin’s impressive sailing career started in the 1940’s when, at the age of 17, he became the youngest sailor to ever win a World Championship in the Star class. Proving that his win was not just lucky, Malin won another world title the next year at the age of 18. Malin has been on the winning Lipton Cup team for SDYC four times and has also won three San Francisco Challenge Cups. He sailed frequently on America’s Cup campaigns with Dennis Conner, helping lead Conner to his 1980 win. Malin played a key role in bringing the America’s Cup to San Diego when he was the President/CEO of the Sail America Foundation in 1987. 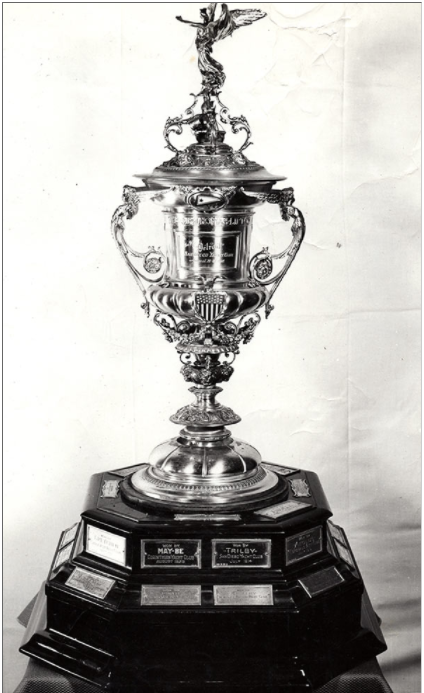 One of Malin’s Lipton Cup wins was in 1967 when he was Commodore. Longtime SDYC skipper, Ash Brown, lead crew members Malin, Tim Shepard, Mort Carlile, Charles Rogers and Alex (Bud) Caldwell to defeat Balboa Yacht Club, the defending champions, to win the 54th running of the signature regatta on board the 8-meter EMILY II. Interesting to note is that EMILY II was the oldest boat sailed in the 1967 Lipton Cup with the most used equipment on board. Though times were different in 1967, many universal sailing themes and values hold true today.

This can be seen when examining Malin’s seven virtues: commitment, dedication, hard work, teamwork, follow through, playing by the rules, and planning ahead. Over the years, Malin became a significant contributor to SDYC’s Junior Program, and helped fund SDYC’s Sailing Center, under the condition that these seven virtues would be printed on the building and taught in the junior program.

Malin’s influence is still recognized and commended in the contemporary sailing community. A few months ago, Malin was inducted into the 2016 Sailing Hall of Fame class with a special Lifetime Achievement Award. He also recently wrote a book named for one of his mantras, Community Before Self, regarding his philosophies on leadership and giving back.

Many SDYC sailors, adult and junior, keep Malin’s lessons and values close to heart when faced with challenges – sailing related and otherwise. Continued adherence to these timeless virtues proves that they are just as useful today as they were in 1967.