The Governor’s Cup is the oldest youth match racing regatta in the world, and in 2106 celebrated it 50th Anniversary. The event was patterned after Long Beach Yacht Club’s Congressional Cup and first held in 1967 with the trophy donated by Governor Ronald Regan. Both the “Gov Cup” and Governor Regatta went on to even greater heights!

So have its sailors. Gov Cup alums have gone on to sail in and win the America’s Cup, teh Volvo Round the World Race (and its predecessors), Olympic medals, and top the leaderboard at the World Match Racing Tour. 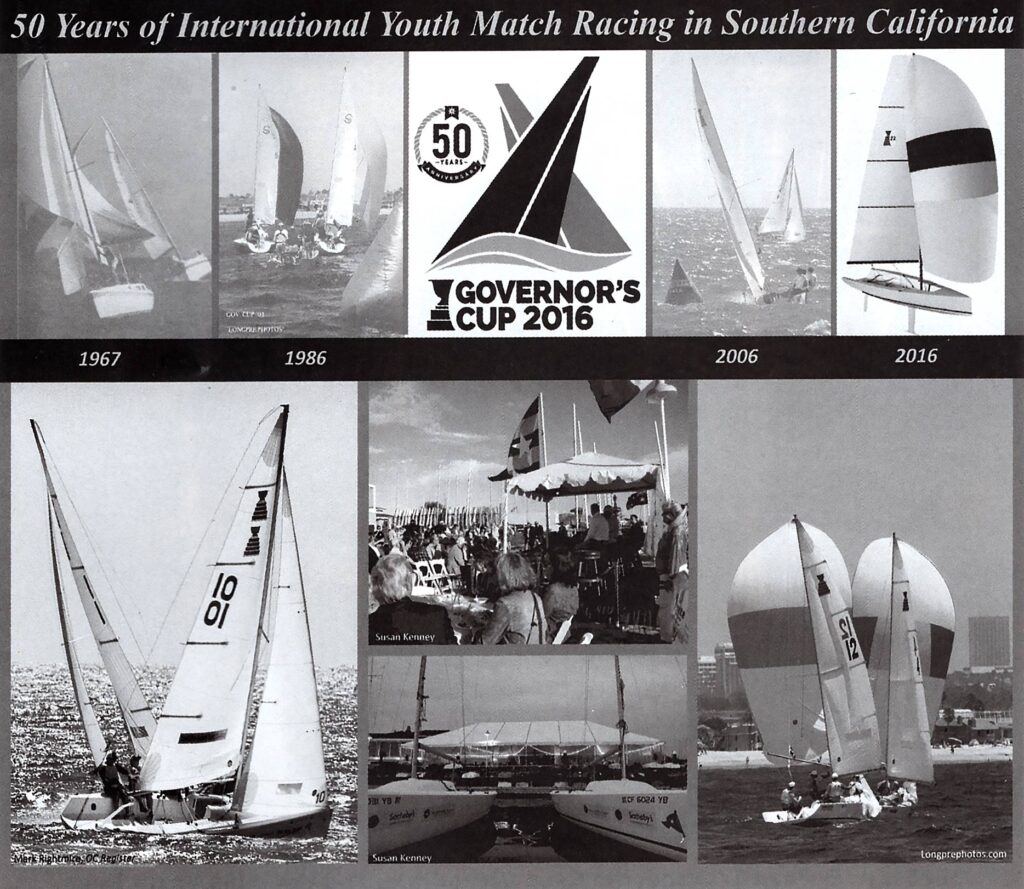