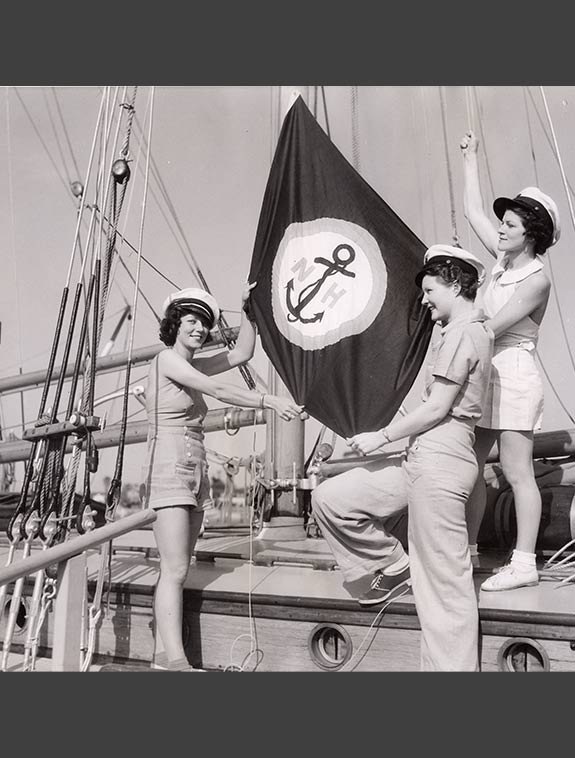 A Newport Harbor flag will fly over Southern California’s newest deep sea harbor when a signal from Washington D.C . officially opens Newport Bay near Los Angeles after it’s $2,000,000 federal improvement on May 23 and 24.  The flash from the nation’s capital will arrive on May 23 and the port emblem will start on it’s way up the halyards, being the signal for the the Pacific Coast’s greatest flotilla of yachts to start in parade formation thru the harbor entrance in the opening ceremony.  The young ladies are (left to right) – Jackie Keyes, Peggy White and Mary Dubois. Written on the back.

In the 1920’s and 1930’s Newport Harbor Yacht Club members joined every movement for federal government finance in hopes to turn their marshy estuary of the Santa Ana River into a modern deep-sea harbor. There were several failed attempts to gain federal funding and the dream to have a great American port seemed hopeless. Those early efforts for federal funding did not go unnoticed forever and in 1933, the National Industry Recovery Act in response to the great depression was passed and out of that, two million dollars was allocated for dredging and building a harbor in response to years of efforts of the Newport Harbor Yacht Club members.