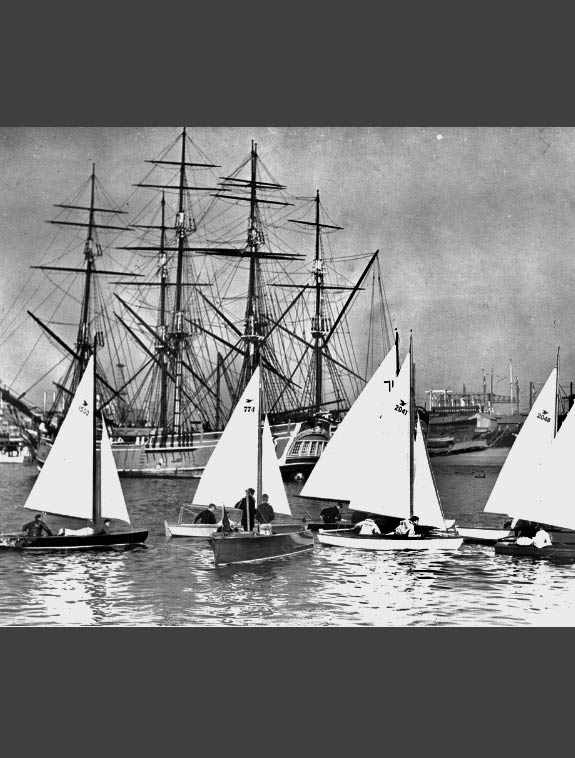 February 1938 Yachts make for the ready in Los Angeles Harbor for the annual Midwinter Regatta. In the background, is the ship used in the movie “Mutiny On The Bounty”.*

“Dinghy racing” also known as small boat racing, has always been popular in the Midwinter regatta. Here is one such example where a fleet of 2 man Snipes is shown preparing for a 1938 Midwinter competition in Los Angeles harbor. In the background, are what appear to be a couple of tall ships. In reality, they are movie props that were used in the 1935 Academy Award winning “Mutiny on the Bounty” staring Clark Gable and Charles Laughton. This is a terrific example of SCYA’s subtle attempt to draw public interest into the sport of yachting by connecting Hollywood with the Midwinter Regatta in Southern California.