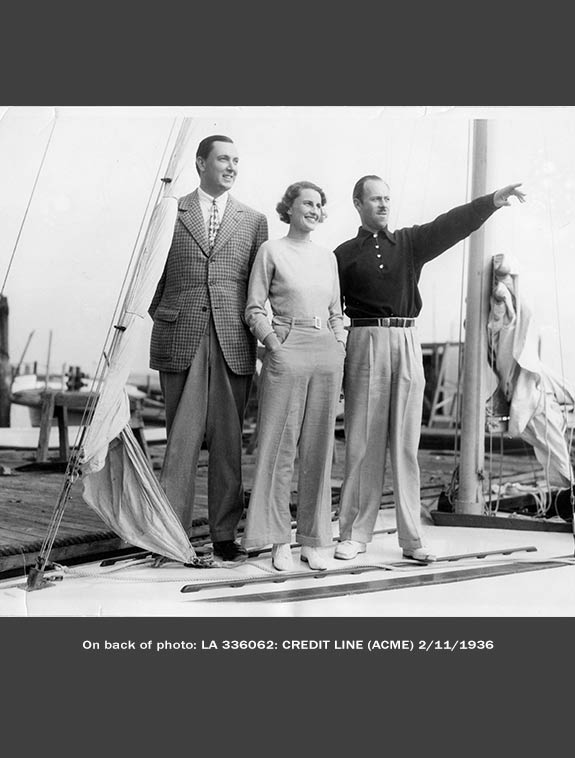 Mr. and Mrs. George Lauder arrive in Los Angeles for participation in the 10th annual Midwinter National Sailing Regatta in which Mr. Lauder will pilot “Caprice”, famous 6-meter sloop. Mr. Lauder is the brother of Mrs. Gene Tunney, (The former Polly Lauder). They are shown with Owen P. Churchill, who skippered his 8-meter sloop “Angelita” to victory in the 1932 Olympics.

Hollywood wasn’t the only industry that was turned upon to help promote the Midwinter Regatta on the national level. Here is one such example where steel industrialist George Lauder and wife were featured with family ties to Gene Tunny who was one of the greatest boxers of all time holding the American light heavyweight title from 1922-1923 and the world heavyweight title from 1926 – 1928.

Olympic gold medalist Owen Churchill seen alongside Mr. and Mrs. Lauder was the Dennis Conner of his day. His legendary status was instrumental in attracting other famous yacht racers from the east coast to Southern California waters to compete in the Midwinter regatta.