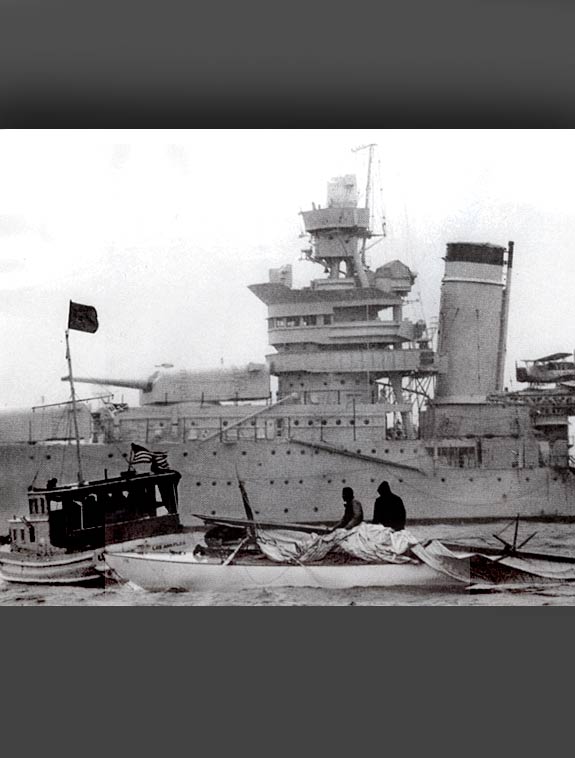 Photo: 011 Midwinters The yacht Nelson’s Blood under tow and USS PA in background

Dismasted in a rainstorm which swept Los Angeles Harbor during the final day of the annual SCYA Midwinter Regatta, the Yacht Nelson’s Blood and her dejected crew still aboard is towed away by a power cruiser, in the background is The U.S.S. Pennsylvania, the flagship of the United States Naval Fleet.”

The Midwinter Regatta in Southern California was an instant success starting way back in 1928 for many reasons. One of those reasons being the great weather usually enjoyed off of our coast during the month of February, along with desirable winds for racing. Mother Nature does not always cooperate however and here is one such example. The individuals on the sailboat are a husband and wife team. According to Fritz Ripley Jr. from Los Angeles Yacht Club, his father could not get his usual racing crew to go with him due to the pending dangerous weather conditions. Fred’s father asked his wife (shown closest to stern) to “dress up in your warmest clothes and lets race”.

A short time after this photo was taken, the U.S.S. Pennsylvania battleship in the background made her way to Pearl Harbor, Hawaii for modernization. While in Pearl Harbor’s Dry Dock No. 1 on December 7th, 1941 she was fired upon by Japanese forces. Pennsylvania’s Anti aircraft gunners were given credit to be one of the first to quickly engage hostile aircraft. In the course of the attack, 15 men were killed, 14 missing and 38 wounded.