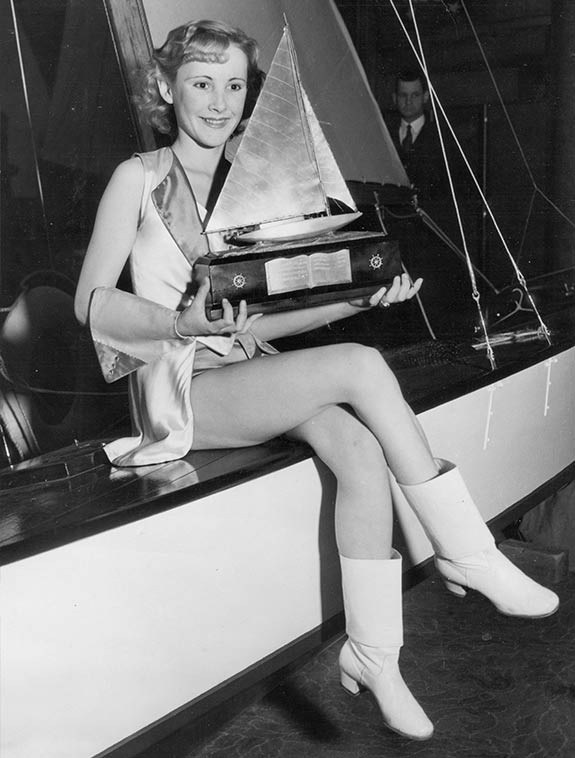 More than 400 Yachtsmen attended the Annual Yachtsmen Luncheon at the Biltmore Hotel in Los Angeles, marking the beginning of the final preparations for the 8th Annual National Midwinter Regatta held on February 22-25, 1934 at Los Angeles Harbor. Photo shows Sylvia Wright, as she appeared at the function with one of the trophies to be awarded in the regatta.

It was realized early on that for Southern California Yachting Association’s Midwinter Regatta to be a success on a national level, promotion would be key. Connections to early Hollywood and journalists were relied upon to catapult the Midwinter’s on to the national scene.

Academy award winning director and member of multiple yacht clubs Frank Borzage, would have many A and B list starlets appear for photo promotions. He would also have them skipper boats during the Midwinter’s all under the watchful camera lens of journalist eager to publish in the sports sections of various newspapers.