The Lake Gregory Yacht Club was started by four couples who were yacht club members and boaters from Marina del Rey, CA. The four purchased residences in the greater Crestline area between 2001 and 2004 and began meeting regularly. The group purchased radio controlled boats for local lake sailing and later decided to formalize as a yacht club to expand their membership to other mountain residents. After first meeting in mem­ber’s homes, the club members later enjoyed two dedicated facilities. Today, the club has a high profile locally and is known for its community outreach. 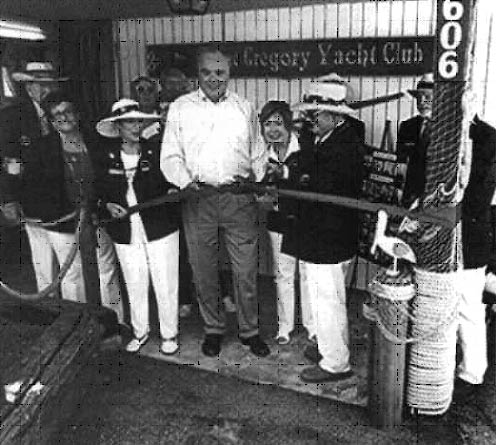 LGYC is a recipient of the 2014 and 2015 SCYA Associate Club of the year award. LGYC is actively serving on committees and the SCYA Board. The club has approximately 80 members, comprised of families, couples and singles in the mountains and other areas of Southern California.

A highlight of 2016 was the renovation of and moving to the club’s dedicated facility. It was purchased by four members and is leased to LGYC. The facility is a perfect and unique meeting place for club members and guests. It represents approximately one year of creative, technical and construction efforts, all by members, to make a worthy clubhouse. The yearlong work efforts were rewarded on LGYC’s Opening Day, June 4, 2016. SCYA’s Norie Martin officiated the invocation. Joining the owners and the Bridge was Senator Mike Morrell, as a ribbon cutting ceremony was conducted. LGYC is extremely proud of its accomplishment.